When it comes to running a profitable restaurant, much of what you need to know lies in your inventory. In fact, the financial health of your business itself largely depends on the goods held in stock. The profitability of a restaurant is calculated using the cost of goods sold and so it is important that your calculated inventory value be as accurate as possible.

But how do you determine this cost? In order to do this, you’ll need to know how much each good is worth. As it turns out, business owners actually have a few options for this. These include the first in-first out, last in-first out, and weighted average cost methods. Keep reading to find out which technique is right for your business.

First in, first out

The majority of restaurants operate according to the first in-first out principle of inventory valuation. This technique, often referred to as FIFO, assumes that the goods purchased first are the ones sold first. As a result, the remaining inventory consists of the most recent purchases and is accounted for at the good’s current cost.

The first in-first out method is best for cases where inventory has a short demand cycle or is perishable as in the foodservice business. This is because prioritizing the oldest goods will maximize the use of inventory before items go to obsolescence. At restaurants, chefs will use the ingredients purchased earliest with the nearest expiration date in order to avoid spoilage. Foodservice businesses therefore tend to prefer FIFO as it matches the actual flow of food in the kitchen.

As costs continue to rise, restaurants find themselves in an inflationary environment. For those using the first in-first out method, however, the financial hit is minimized. FIFO directs restaurants to use the older, lower priced goods first and to leave the theoretically more expensive goods as inventory. Altogether, this adds up to a lower cost of goods sold and higher net income. While a higher yield is attractive to owners and investors, it also indicates an increased income tax liability.

Of all valuation methods, first in-first out is the most reliable indicator of inventory value for restaurants. Since inventory measured this way corresponds with its original cost, the calculated value of remaining goods is most accurate. Managers even can access real-time depletion and inventory counts instantly through restaurant management software such as SynergySuite. One thing to consider with this method, however, is that there is not always proper revenue and cost matching. With FIFO, older and often lower costs are calculated with current revenues, resulting some misassociation.

Last in, first out

Last in-first out or LIFO is another technique used to value inventory. Although not commonly practiced, especially in the foodservice business, this method offers a reverse approach to FIFO with its own benefits. Last in-first out values inventory on the assumption that the goods purchased last are sold first at their original cost. The oldest goods therefore usually continue to remain as ending inventory. Many foods would expire before being used under the LIFO system, and so this method is typically practiced with non-perishable commodities.

When the price of goods increases, it is those newer and more expensive goods that are used first according to the LIFO method. This increases the overall cost of goods sold and leaves the cheaper, earlier purchased goods as inventory. Those goods may not even be used in the next period as they come second to inventory purchases made by the business. A higher cost of goods sold will ultimately yield lower gross margins and net income. One benefit to this is that businesses will face a reduced tax burden because of their smaller profit.

Unlike FIFO, the last in-first out method does not always provide an accurate valuation of ending inventory.  Since the oldest goods tend to be stored repeatedly as inventory, a significant portion will likely become obsolete before use. LIFO does, however, correctly match the current revenue with the current costs of a given period. Another thing to keep in mind is that when it comes to financial accounting, LIFO is usually not the preferred method as it is banned by IFRS and has restricted use according to GAAP.

Depending on the good, FIFO and LIFO may not be viable options for inventory valuation. An alternative and generally accepted method is weighted average costing or WAC. With this technique, the goods receive the same valuation regardless of when and at what cost each was purchased. Instead, the total cost of items in inventory is divided by the number of units to yield the weighted average cost per unit. This method is used typically in situations where it is impossible to determine the cost of an individual item because they are so integrated and commoditized. In comparison to the techniques, the weighted average method generates a valuation between that of FIFO and LIFO. The value assigned in this case represents a cost between the first and last purchased goods.

While the FIFO, LIFO, and WAC are all accepted methods for valuation, businesses should select the one that best fits their reporting and management styles. The easiest way to monitor your products is by using back office software like SynergySuite, which provides live tracking of your inventory whenever you need it. Inventory valuation is an extremely useful and powerful tool for restaurant management, but if not done properly, can have costly consequences. 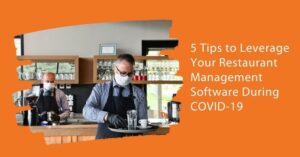 5 Tips to Leverage Your Restaurant Management Software During the Pandemic

Restaurant management software, like all technology, is supposed to make life easier. But if you’re not using it to its fullest potential, you’re still losing 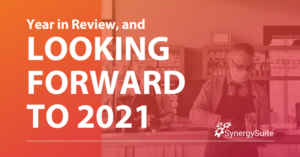 Year in Review, and Looking Forward to 2021 with SynergySuite

At this point, I know it’s cliche to say 2020 was an unprecedented year, but it doesn’t make it less true. SynergySuite, along with restaurants